Chat with us, powered by LiveChat How to spend 4 days in North Iceland | Iceland Travel
Skip to main content
Covid-19 Travel Information - Iceland Open for Visitors
Online Chat
Contact Us
May 16, 2022

How to spend 4 days in North Iceland

North Iceland is home to some of the most stunning, diverse nature on the island. It’s a region full of wondrous waterfalls, towering mountains and relaxing geothermal baths. The summer offers long days with the promise of the midnight sun, perfect for outdoor activities. For instance, spend time hiking and birdwatching in North Iceland gems like Lake Myvatn and Asbyrgi canyon or go whalewatching in Husavik.

The winter, however, has its own charms. Imagine, for instance, watching the northern lights dance and flicker in the deep winter skies, across bizarre lava formations. With the new airline, Iceland-based Niceair connecting Akureyri to London, Copenhagen and Tenerife, this opens up possibilities to visit the northern part of the country more easily.

South Iceland is home to numerous famous attractions, namely the Golden Circle and the scenic South Coast. Similarly, North Iceland has sites that should be on your radar. The region is home to, for example, the waterfalls of Godafoss and Dettifoss, the charming towns of Akureyri and Husavik, and natural wonders like Dimmuborgir and Namaskard.

To sum up, there’s so much to see and do in this slice of Iceland. Check out our North Iceland Coastal Charm road trip if time allows for spending more time in the north!

• Explore Akureyri, the unofficial capital of North Iceland
• Visit the thundering waterfalls Godafoss and Dettifoss
• Search for the northern lights (in winter)
• Enjoy leisurely hikes during the long days of summer
• Go whale watching in Husavik
• Stroll the walking paths of Asbyrgi canyon
• Soak in the geothermal water of the Myvatn Nature Baths
• Try your hand at birdwatching along Lake Myvatn

Here it is, the perfect 4-days in North Iceland!

Akureyri is at the center of it all in North Iceland. Iceland’s second most populous city and the unofficial capital of the north has a thriving art scene and gorgeous gardens. In addition, Akureyri has restaurants and cafes that rival the capital city. In the same vein, there are numerous museums to visit, like the Center for Visual Arts and the Museum of Icelandic Folk and Outsider Art. Moreover, pay a visit to outdoor areas like the botanical gardens and the harbor area.

Akureyri is affectionately referred to as Iceland’s “second city,” a nickname many of the town’s 18,000 residents find amusing given its small size. Indeed, Akureyri has its own personality. The town, however, looks and feels quite different from Reykjavik as it’s more relaxed than the capital city. Take a walk along the center of town to see the Akureyri Church and colorful houses that dot the side streets. In addition, the concert hall, Hof, near the harbor is a must-see for architecture enthusiasts.

Spend the first night in Akureyri.

Want to know more about the capital of the north, Akureyri? We have a blog for you!

Today, embark on the Diamond Circle, a spectacular tourist route that spans 250 kilometers (155 mi). Ideally, over two-three days, you can enjoy the five main destinations on this route. Firstly, is the magnificent Godafoss, remarkable for the sheer width of the tumbling falls. Travelers see white water surge over the rim, thundering down and crashing into rocks and water.

Fun fact: Godafoss, which means “waterfall of the gods,” comes from Iceland’s long history with Christianity. In fact, in AD 1000, lawyer Thorgeir Thorkelsson made Christianity the official religion of Iceland. Thorgeir threw his statues of the Norse gods into the waterfall, after his conversion, and the name Godafoss was coined.

The next stop is the charming town of Husavik, which is known for some of the best whale-watching opportunities on the island. Indeed, the charm of the small town is undeniable, with its tasty restaurants and classic Icelandic hospitality. In other words, this is a destination to consider even if you’re not up for a boat tour. There are numerous tours available for this region of Iceland.

After some time in Husavik, visit the horseshoe-shaped Asbyrgi canyon. Asbyrgi, which means “shelter of the gods”, is a large canyon full of interesting rock formations, well-maintained walking paths, and several waterfalls. In fact, it measures roughly 3.5 kilometers (2.2 mi) in length and 1.1 kilometers (0.7 mi) across.

Return to Husavik, for an overnight stay.

Pro-tip: If you are up for visiting a geothermal spa, consider a trip to the GeoSea Geothermal Sea Baths. Just outside Husavik, it’s a lovely way to spend a couple of hours relaxing.

Get ready to explore Myvatn today! Myvatn is one of the most popular tourist destinations in the northeast. Gorgeous hiking trails, rich birdlife, and the relaxing Myvatn Nature Baths lure visitors to this region. Its geological backstory is fascinating. Myvatn was shaped over thousands of years by powerful volcanic eruptions. Most importantly, it’s a place to marvel at the rugged landscape. As mentioned above, Myvatn is home to spectacular nature, namely, rolling lava fields, soaring mountains, and, obviously, the lake containing hundreds of fish and bird species.

Secondly, head to the mighty Dettifoss waterfall. Dettifoss, which means “tumble falls,” is the largest waterfall in Iceland. It’s also the most powerful in Europe. Spanning 100 meters (329 ft) wide and 45 meters (148 ft) high, Dettifoss is gigantic. Fun fact: Sand and rocks create the grayish color of the water.

Next up is Namaskard, which features brown and yellow clay colors along the landscape. Further, walk around the gray mud pools, which make it look like a movie scene from another planet, namely Mars. A short path loops around the area, however, be sure to stay on it for safety reasons. The mud pools can reach temperatures of 100°C (212°F).

Continue to Hverfjall, the largest tephra crater in Myvatn. Indeed, tephra craters are created from volcanic debris. The crater is especially striking because it’s almost a perfect circle, and considering its size, it’s pretty impressive. There are two walking paths around the rim, one on the north side and one on the south. It takes about 15 minutes to climb. A good view of the landscape awaits you at the top.

Spend the night in the Myvatn region.

Despite comparisons to the Blue Lagoon, the Myvatn Nature Baths, have their own personality and atmosphere. However, the bathing experience is heavenly, soothing your skin and relaxing every inch of your body. Indeed, the landscape views are striking, with the edge of Lake Myvatn and the volcanic crater of Hverfjall in the background. Sand and gravel cover the bottom of the lagoon, similar to the Blue Lagoon. It contains a large number of minerals which are great for the skin.

Lastly, continue to the Skutustadagigar pseudo craters after a refreshing visit to the Myvatn Nature Baths. This fascinating geological phenomenon, as a matter of fact, was formed by gas explosions when hot lava from volcanic eruptions flowed over the wet marshy land. The craters, therefore, are popular for birdwatchers and are protected as a natural conservation area.

Head back to Akureyri to spend the rest of your time exploring the town, visiting galleries, shops and cafes.

Pro tip: If you are visiting during the winter, you have a chance to see the northern lights. And, moreover, if you’re curious about what it’s like to live in winter in the northern part of the world, we have just the blog for you!

Want to explore more of the northern part of Iceland?

The Arctic Coast Way is perfect for those with more time on their hand. Indeed, the well-supported path, which debuted in 2019, spans 900 kilometers (560 mi). It leads travelers on a journey among 21 towns and villages close to the Arctic Circle. Nine days are recommended for the entire route to enjoy the experience fully. To sum up, you will see spectacular landscapes, namely mountains, charming fishing villages, and steep cliffs home to thousands of nesting birds. For more information on the way, visit the Arctic Coast Way website.

Iceland Travel offers tours with specific focus on the north part of Iceland, such as the winter road-trip Hot Spring and Cool Arctic Roads and the short break Husavik: Arctic Wonders, Whales and Wellness.

Have a fantastic time exploring the north! 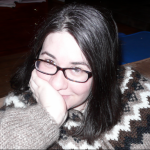 Originally from New York City, Jenna has lived in Iceland since 2012, working as a content writer and freelance journalist. She loves sharing her adopted home with the world, and writing about Icelandic nature, culture and business. Jenna’s favorite place is the Westfjords, and she lives in the West Iceland town of Akranes. She is also the author of the Moon Iceland guidebook, published by Avalon Travel.

How to plan an adventurous family trip in Iceland